Black is the new black, Bahrain’s bankruptcy regime at a glance

This article explores the bankruptcy laws and their application in the Kingdom of Bahrain.

As the year comes to a close and companies push to exit the red into the black after the impact of the Covid-19 pandemic, below is a glimpse into the Kingdom of Bahrain’s bankruptcy laws and their application.

In Bahrain, companies and traders (other than those licensed by the Central Bank of Bahrain (“CBB”)) are subject to the Legislative Decree No. 22 of 2018 promulgating the Reorganisation and Bankruptcy Law (the “Bankruptcy Law”). The Bankruptcy Law has drawn comparison from the U.S. Bankruptcy Code’s Chapter 11 procedure, as it provides for similar tools such as a moratorium on enforcement, an ability for the Bankruptcy to sell assets of the bankrupt entity, continuation of management and operations by the debtor during bankruptcy proceedings, allow for financing on superior priority terms, extra-jurisdictional acknowledgment of bankruptcy rulings and provides for the implementation of a reorganisation plan.  Inherently within the Bankruptcy Law there is a clear emphasis on reorganisation rather than simply liquidation.

A bankruptcy claim may be commenced by either a debtor or its creditors once the debtor has failed to pay its debts for a 30-day period or is unable to honour his financial obligations as they fall due. The court will then appoint a Bankruptcy Trustee tasked with acting in the best interest of the debtor’s assets and preparing a reorganisation plan within 120 days from appointment.  The reorganisation plan will then be submitted to the creditors for approval at a creditor’s meeting to be convened 30 days after the submission of the reorganisation plan. Approval of the reorganisation plan requires a majority vote from each class of creditor.  Once approved, the court will ratify the plan and it shall be binding on all creditors.  During the aforementioned 120-day period, there will be a moratorium in place against any enforcement proceedings over the debtor’s assets.  The Bankruptcy Trustee will also leave the management of the debtor in place (debtor in possession “DIP”) and the court may allow for assets to be sold if they determine that it maximises their value and/or allow the debtor to raise funding whilst in bankruptcy (“DIP Financing”), thereby strengthening the likelihood of the debtor being a going concern.  It is worth noting that DIP Financing is normally granted on a first priority basis due to the debtor’s circumstances.  Ultimately, the Bankruptcy Law provides companies in financial difficulty with an opportunity to continue to operate as usual even as they bring in structural changes to become solvent.

GARMCO, the first fully dedicated downstream facility in the Middle East for rolling, cutting and fabricating aluminium and founded in 1981 by the governments of Bahrain, Iraq, Kuwait, Oman, Qatar and Saudi Arabia, filed for Bankruptcy under section 3 of the Bankruptcy Law on 29 January 2019 and it had its reorganisation plan ratified by the courts. It has since been able to re-emerge as a globally competitive business under a sustainable capital structure for the long term.  Today, with an annual production capacity of over 165,000 tonnes, it ranks as one of the largest manufacturers of high-quality flat rolled aluminium products in the region.  Therefore, clearly, the Bankruptcy Law framework enables companies with strong underlying fundamentals, but unsustainable financing structures, such as GARMCO, to obtain the necessary protection to continue operating while undergoing a full reorganisation.

The Chairman of GARMCO commented that the protections under the law have enabled GARMCO to ensure the needs of its customers and suppliers are fully served, while the company pursues and finalises its reorganisation efforts, enabling GARMCO to re-emerge as a globally competitive business under a sustainable capital structure for the long term.

Furthermore, the Bankruptcy Law provides, free of charge, a publicly accessible Bankruptcy Register that records data and information relating to the Cases, copies of minutes, papers and documents related to the facts, the parties’ arguments, demands, defences, objections, evidence they relied on, submitted claims, orders, decisions, judgements, measures and any other information, data and documents.  This ensures transparency throughout bankruptcy proceedings.  The Bankruptcy Trustee may also apply to the courts to void any fraudulent transactions, transactions under value and preferential transactions within 6 months of the commencement of the bankruptcy proceedings (within one year if the counterparty was an insider).

The insider includes any of the following:

A company licensed by the CBB will be subject to the Legislative Decree Law No. (64) of 2006 with respect to Promulgating the Central Bank of Bahrain and Financial Institutions Law (the “CBB Law”).  Accordingly, Article 136 of the CBB Law expressly authorises the CBB to place a licensee under administration in the event that the licensee becomes insolvent or appears most likely to be insolvent or the continued provision of regulated services by the licensee will result in inflicting damage to the financial services industry in Bahrain.  A Licensee is deemed to be insolvent if its financial position becomes unstable and it stops paying its due debts, other than administrative fines and relevant tax.  Once a Licensee is placed under Administration, they will have the right to appeal to the CBB within 10 days and it will issue a decision within 15 days.  A further appeal may be raised at the courts within 30 days.  Upon placing a licensee under administration, the CBB will appoint an administrator with the powers to continue, or suspend, the licensee operations, suspend or limit the discharge of financial obligations by the licensee, conclude agreements and act as the licensee’s authorised signatory, as well as commence and defend legal proceedings.

After obtaining the approval of the Competent Court, and without prejudice to market agreements and, where applicable, the rights of the other party to be compensated, the administrator may nullify any agreement entered into by the Licensee before placing the Licensee under administration, if such action is in the interest of the Licensee or taken to protect the interests of its customers, or to avoid the occurrence of irrevocable damage and undertake any necessary actions in the interest of the Licensee and for the protection of the interests of its customers and creditors. Article 142 of the CBB Law also provides for a moratorium on all enforcement and legal proceedings during the period of administration.  Unfortunately, this moratorium has in the past been successfully challenged in the constitutional court, since the constitution guarantees one’s right to litigate.

Although the administration period under the CBB Law may allow for the licensee’s solvency to be salvaged and for it to continue as a going concern, the tools available to achieve are far less extensive in comparison to those in the Bankruptcy Law.

Over the years, Partner Ronald Langat has acted as liquidator under the CBB Law for numerous financial institutions such as PineBridge Middle East B.S.C.(c), CIMB Middle East B.S.C.(c) and Marshalls Bahrain Ltd. W.L.L. The CBB Law and the CBB ensures that the process is effective and offers a seamless transition for all stakeholders.  Additionally, there are rare occasions where the CBB may allow a licensee to seek bankruptcy proceedings abroad, such, as in the case of Arcapita Bank B.S.C.(c), in which Ronald Langat advised on. On March 2012, Arcapita Bank B.S.C.(c) filed for U.S. Chapter 11 bankruptcy proceedings and successfully exited with a restructuring plan on September 2013.

In relation to the treatment of financial derivative transactions in the event of an insolvency, the Bankruptcy Law provides that – subsequent to the court’s approval and at any time -, the counter-party to a financial derivative transaction with the Debtor shall be entitled to terminate the contract, including early termination, liquidation, trade-off the contractual obligations that remain un-paid, exercise any right concerning non-performance of obligation related to the encumbered property or set-off all as a result of the breach of contract including the breach resulting from the filing of the case.

This exercise of right may not be delayed, suspended, restricted or other, according to any provision in the Bankruptcy Law. The Bankruptcy Trustee shall be entitled to restore any sums of money the Debtor paid under a financial derivative transaction unless paid fraudulently. The request to restore shall be subject to the provisions of the law regulating financial derivatives.  In Bahrain, financial derivatives are subject to the CBB Law that has special rules in relation to Netting Provisions, which take precedence over the Bankruptcy Law and thus provides comfort in relation to the agreements that may be entered into with Bahraini counterparties, provided that the agreements are “Market Contracts”.  Pursuant to the Resolution No. (44) of 2014 with respect to promulgating a regulation for close-out netting under a market contract (the “Close-Out Netting Resolution”), the CBB has defined Market Contracts as Qualified Financial Contracts, and these include financial derivative transactions.

Consequently, subject to any further guidelines issued by the CBB pursuant to Article 108(a) of the CBB Law, if an event of default has occurred, either because of the insolvency of the Bahraini entity, or following any other default by that party, the Netting Provisions in Market Contracts (i.e. Qualified Financial Contracts as defined above) would be effective and valid under Bahraini law.

Furthermore, pursuant to the Close-Out Netting Resolution, the provisions of a netting agreement will be enforceable in accordance with their terms. This includes against an insolvent party and where applicable against a guarantor or other person providing security for a party and will not be stayed, avoided or otherwise limited by any action of the liquidator, any other provision of law relating to bankruptcy, reorganisation, composition with creditors, receivership, conservatorship or, any other insolvency proceeding an insolvent party may be subject to, or any other provision of law that may be applicable to an insolvent party, subject to the conditions contained in the applicable netting agreement.

No stay, injunction, avoidance, moratorium, or similar proceeding or order, whether issued or granted by a court, administrative agency or liquidator shall limit or delay application of otherwise enforceable netting agreements in accordance with the Close-Out Netting Resolution.

In conclusion, the bankruptcy regime in Bahrain has proven to be effective in encouraging business growth whilst safeguarding creditors and stakeholders.  As regards financial derivative transactions and the netting provisions thereunder, Bahrain, as a financial hub in the region, maintains the requisite international market standards. 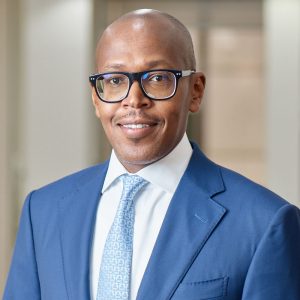 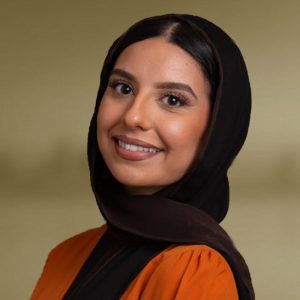