Saad is the founding partner of Al Doseri Law. He is considered a leading lawyer in the region and as head of the firm’s Dispute Resolution practice, Saad has extensive experience advising clients across a range of disputes, including in commercial, civil, criminal and employment disputes.

His clients include corporate and investment banking institutions, family owned businesses, and international corporate clients operating in the Kingdom of Bahrain. Clients praise his ability to communicate complex legal proceedings effectively in both Arabic and English.

Saad also acts as counsel in arbitration disputes before the GCC Commercial Arbitration Centre and the Bahrain Chamber for Dispute Resolution (BCDR) and is often called upon to act as a mediator in disputes that wish to avoid lengthy court proceedings. He has also been instructed to represent key clients as corporate legal counsel in their disputes. 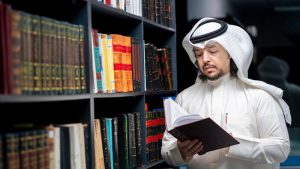 Prior to founding Al Doseri Law in 2018, Saad gained significant legal experience at other law firms in Bahrain, including Haya Rashed Al-Khalifa and Al Tamimi & Company, successfully assisting with the launch and growth of the latter firm in Bahrain in 2014. Before qualifying as a lawyer, Saad served for ten years as a Captain in the Bahrain Defence Force, and draws upon his rich experience from the military and the law to spearhead the development and growth of Al Doseri Law.

Saad has authored several guides on pertinent legal issues. For example, he has co-authored the International Comparative Legal Guide to Gas Regulation 2012, “A practical cross-border insight into gas regulation work”, published by Global Legal Group, and the practical guide for arbitration in the MENA region (Bahrain Chapter). He is also a regular presenter at seminars hosted by the University of Bahrain and the British Bahrain Business Forum (BBBF), and speaks on many aspects of dispute resolution in Bahrain and more generally on the laws of Bahrain from a practical perspective. Saad is also an instructor at the Judicial and Legal Studies Institute (JLSI) in Bahrain.

Saad is a Qualified Sole Mediator and Arbitrator and is listed at the Ministry of Justice, a member of the Chartered Institute of Arbitrators (CIArb) and International Bar Association, and a member of the Legal Affairs Committee at the Bahrain Chamber of Commerce and Industry.

I am a British expat who has worked in Bahrain for over ten years. The company I was working for fell on hard times and never paid salaries on time. My wife and I struggled for a long time until I instructed Mr Al Doseri personally assist us with making a claim in court.  The advice and the superb support I received from Mr Al Doseri and his excellent firm helped both myself and my wife believe in the justice system through their hard work, and we won our case. We would recommend anyone in a dispute with an employer or any kind of dispute generally to use this experienced and caring firm.  Thanks as always.

I am in awe of Mr Al Doseri and his firm; their integrity, courage, genuine client care and an outstanding commitment to doing the right thing. And as I have always said: it is an undeniable principle of the universe that no positive energy goes without reward. Whilst you may not see those rewards every time you do something good in the broad windscreen of life, I think looking back in the rearview mirror you will see so many instances where you have been blessed by the universe as a result of your positive energy and integrity. All I can add is – keep up the good work! The world has a shortage of good men- and that means you!

I know Saad from his days at Al Tamimi. He possesses the qualities of a good lawyer, i.e. having analytical skills, research skills, perseverance and orally articulate. Above all, he is a good human being. I wish him all the best in his future endeavours.

I worked with Saad during his time at Al Tamimi & Company on various matters. He has excellent knowledge and expertise in the most complex commercial and investment arbitration and litigation disputes and his strong command of English and Arabic enabled him to enrich his resources and become an exceptional lawyer and arbitrator. I strongly recommend Saad for any alternative dispute resolution role as counsel or arbitrator in both Arabic and English.

My family and I fell in love with Bahrain eight years ago when we first landed here. Yes, there is a lot to like on this island but it’s the people who make everyone feel respected and welcome. This genuine spirit of empathy and desire to help is what Saad represents about Bahraini culture in every interaction. When you couple this with his legal experience and professional competence, success is guaranteed. I was introduced to Saad by a mutual friend and I must say it is by far the best introduction I can remember. A well-known family business was refusing to pay my settlement and I needed legal help. Saad went all out without expecting anything in return and his genuine and timely advice ensured I won the case. Not only have I found a great lawyer but a good friend! I have no doubt he will be a very senior and important person in his field in a short span of time.

Saad has immense expertise in his field as well as great understanding of his clients’ needs. Saad has excellent attention to detail skills and his ability to make the other person understand the legal aspects is beyond expectation. He comes across as a smart professional and is able to articulate his thoughts well, which allows others to believe that he would represent his clients well. He reviews documents in detail and keeps clients informed about the points of law. Saad’s positive approach makes his clients feel secure. I would highly recommend him to anyone needing his skill set.

This is without a doubt, one of Bahrain’s leading law firms. Saad Al Doseri is not only a legal resource extraordinaire, he is also an individual of expectational integrity, leadership and a legal “swordsman” who is skilled, experienced and respected in the Bahrain legal fraternity at all levels. Over the years, Saad has always managed amazing legal outcomes for local and international clients through his diligence, knowledge of process and insight into local, GCC and international law. If you need legal services and advice from a lawyer who exercises integrity, intelligence and energy – this is the first stop; you need go no further.

I have personally known and worked alongside Saad for a number of years when we were colleagues at Al Tamimi. I have always found Saad to be highly professional with an excellent knowledge of local laws.  Saad is very much a "go to" lawyer for issues around local Bahraini law and also a very responsive and thorough lawyer. I have no doubt that anyone making use of Saad's expertise will be satisfied with the professionalism of the advice.

Besides being a pleasure to work with, Saad is a great mentor and advisor. He provides both the theoretical and practical aspects needed for the job, along with the skills required. His unique leadership style is what motivates individuals to commit to their work, while still being in a healthy and stimulating environment. Over the time that I have known Saad, I found that he is very driven and hardworking, and frequently offers helpful guidance and assistance. I believe these qualities would make him one of the best lawyers and mentors to work with.